Protectiveness is a trait that many dog owners desire from their furry friends. In this article we focus specifically on Bernese Mountain Dogs, how protective they are, including many other related FAQs.

How Protective Are Bernese Mountain Dogs?

Combine their protective nature with their large physical size and strength, and you have an impressive deterrent at the very least.

A Berner would not hesitate in putting themselves in between you and someone/something else, should the situation call for it. We spoke to multiple owners about this topic, and all confirmed their Berners “readiness” to protect.

Why Are Bernese Mountain Dogs Protective?

So where does this protective nature come from? Everything is explained easily if we take a moment to check out the Berner’s history.

Bernese Mountain Dogs are mostly known as general workers that helped farmers pull heavy loads across rugged terrain. While that’s true, that wasn’t there only role…

Berners were also used extensively as all round protectors. They would guard the farmyard, the cattle, and even the farmers family from surrounding wild predators.

Bernese Mountain Dogs have a very long history, and protecting/guarding is in most of it. That’s why today, they still have this trait deeply ingrained into them.

Many people confuse protectiveness with aggressiveness as well as what it takes to be an effective guard dog.

The truth is that you can have a protective breed, but they may not necessarily be an aggressive one. Which is actually the case for Bernese Mountain Dogs… They didn’t get the nickname “friendly giant” from nowhere!

Most Berners will have it in them to “protect” their family and property to a certain extent, but following through with a physical attack is more unlikely.

While Berners were said to have been used as “guard dogs” they’re still very different from actual guard dog breeds, like German Shepherds or Dobermans (for example).

What we are getting here is that although a Berner might resemble an effective guard dog, they don’t replace real guard dog breeds. If you are someone who wants/needs a guard dog, then a Berner shouldn’t be on the list.

Berners are not an aggressive breed by nature. Most Bernese Mountain Dogs are friendly, approachable and social, providing they have been raised with plenty of training and socialization.

This doesn’t take away from their instinctual protectiveness, though. A Berner will always be alert, wary and suspicious of strangers and other animals.

Socialization and training have a huge impact on the behavior of every individual. If your Berner has been raised with plenty of exposure to other dogs and strangers, along with firm training, then it’s very unlikely they will have aggression issues.

Of course, it goes without saying that all dogs can become aggressive under the wrong circumstances. Even the friendliest breed can snarl and show their teeth if provoked or threatened.

A Bernese Mountain Dog would certainly put themselves in harms way to protect their owner. But how effective they would be in such a situation would depend on their training, age, mobility and health.

As Berners get older, they become less youthful and moving such a large amount of body mass can prove to be difficult.

Many effective guard dogs are built to be lean and agile… Berners aren’t exactly like this.

To get an authentic answer we asked around 20 Berner owners this question. Around half said that their berner would absolutely protect them, a quarter said that there Berner has already protected them in a confrontation, and the other quarter said they were not sure.

While this was’t the most scientific study we’ve carried out, we clearly got the point that a Bernese Mountain Dog would protect their owner, or at least try to, should the situation call for it.

Should You Get a Berner To Protect Your Family?

Most Bernese Mountain Dogs nowadays are not used for working purposes, and they certainly make wonderful family dogs.

There’s no doubt that a Berner will protect your family, and at the very least, act as an intimidating deterrent for any unwelcomed strangers or pests.

The one thing I would urge future owners to remember, though, is that Berners are not instinctively aggressive, and they are not skilled guard dogs. While they may be effective to a degree, if you need a true guard dog, a different breed may be better.

Thank you for reading! Back to more Bernese Mountain Dog articles > 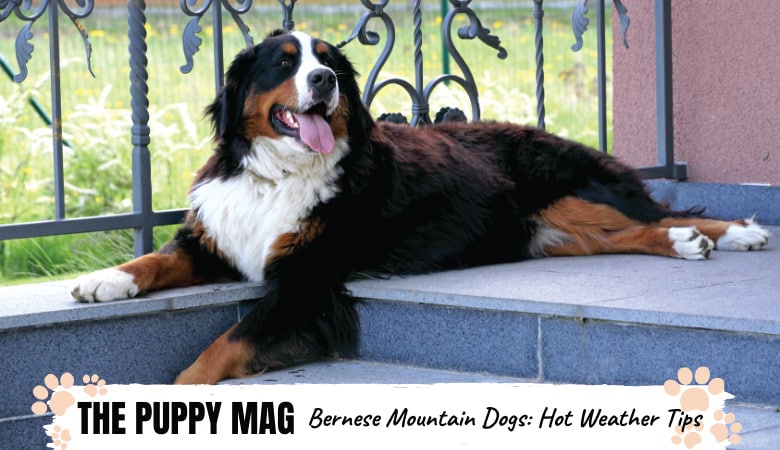 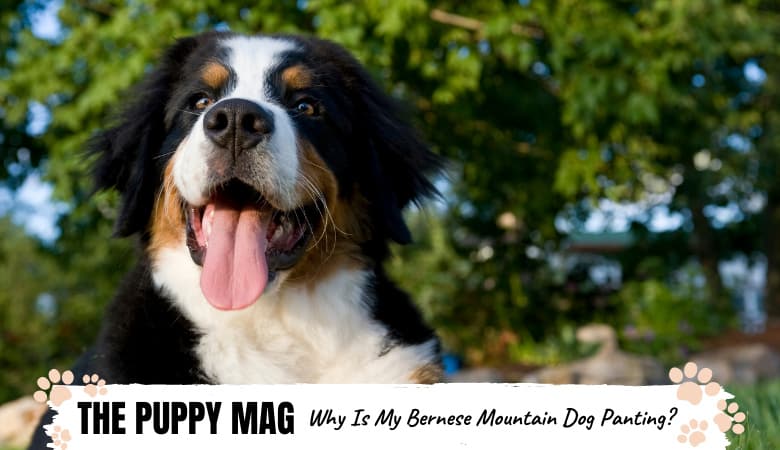