There are a few breeds that boast beautiful blue eyes, and the corgi is also part of this group.

This article will explain why corgis can have blue eyes, how common this eye color is, any drawbacks to having blue eyes, and other FAQs. Let’s get into it!

Can Corgis Have Blue Eyes?

The AKC considers having blue eyes a fault in Pembrokes, whereas it’s permissible in Cardigans with the merle gene.

Let’s explain the difference between the two corgi breed variations and how this affects their eye color.

Cardigan corgis can have a range of eye colors, and while the majority have dark brown eyes, it’s possible for them to develop blue eyes too.

Cardigans can have two blue eyes together, one eye fully blue with the other brown, or one single eye that’s partially blue.

Most blue-eyed corgis carry the merle gene, but it’s important to know this isn’t always the case. It is possible for a corgi to have blue eyes, without carrying the merle gene.

However, according to the AKC, If your Cardigan corgi has blue eyes without being a merle, he/she will not be considered of the breed standard.

The majority of Pembroke corgis have dark brown eyes and this is considered the “ideal” eye color.

Pembroke corgis can still have blue eyes, especially if mixed breeding has happened in previous generations or they carry the merle gene.

Pembroke corgis are a little different from Cardigans in that the AKC considers any blue eyes as a fault and therefore does not meet the breed standard requirements.

It’s not as common to see blue eyes in Pembrokes as it is in Cardigans.

Popular Corgi Articles:
Top 10 Most Compatible Breeds For Corgis!
6 Reasons Why Your Corgi Isn’t Eating + How To Help

Why Do Some Corgis Have Blue Eyes?

Blue eyes primarily occur when a corgi carries the merle gene. The merle gene is a genetic mutation that affects how certain cells create pigment, and it’s the pigment that dictates color. This can affect the color of the eyes, skin, and coat.

Heterochromia is the official term to describe having blue eyes. Blue eyes occur when there’s a lack of melanin (pigment) found in the iris. Contrary to this, when there is sufficient melanin present, brown eyes will be the result.

Green eyes are extremely rare and this is because it requires a specific amount of melanin present to take the eyes past blue, but not enough to reach brown. The chances of this happening are small which is why green eyes are uncommon.

Are Blue Eyes Discouraged In Corgis?

A lot of corgi owners and breeders are sensitive to the topic of blue-eyed corgis, and whether or not it’s “good practice” to encourage further breeding.

As blue eyes are considered a “fault” in Pembroke corgis, most owners and breeders actively discourage the further reproduction of Pembrokes that have blue eyes.

Another reason breeding blue-eyed corgis is discouraged is due to the chances of developing double-merles in the litter. I’ll explain all about this in the next section.

There’s a lot of confusion surrounding whether blue-eyed corgis are prone to further health issues.

Having blue eyes alone does not mean the corgi will suffer further health or eye issues. It’s down to whether the corgi carries a single merle gene or a double merle gene.

Interesting: When do corgis go into heat?

The Issue Lies In Double Merles

Double merles are far more likely to develop issues with their eyes and overall health than single merles.

This is why it’s highly discouraged to breed two corgis together that both have the merle gene.

When breeding two merle corgis together, it typically results in half of the litter carrying the single merle gene, and the other inheriting two merle genes (becoming a double-merle) And for many scientific reasons, double-merles are susceptible to a lot of health issues.

Due to this, people have often gotten confused and simply categorized any dog with blue eyes to be at risk, when that’s not necessarily the case.

Breeding a non-merle with a merle is typically deemed as safe and results in half of the litter continuing the single merle gene and the other half non-merle.

A further issue arises, however, as some dogs can carry the merle gene without the owners knowing. Which could result in two merles accidentally being bred together.

Thank you for reading! 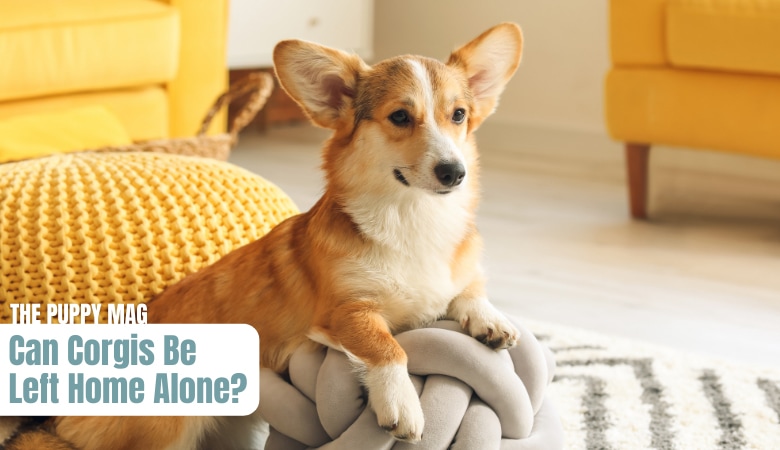 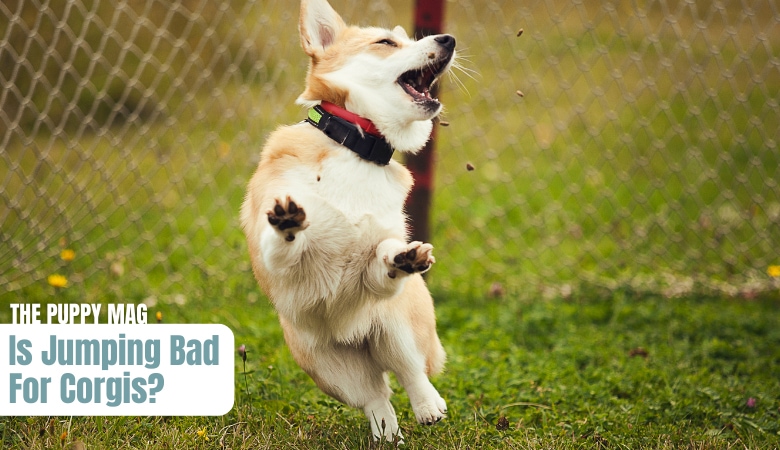