Bernese Mountain Dogs are increasing in popularity across the United States and many other countries. These fluffy giants are kind, good-natured, and make great family pets. Unfortunately, they are known to have a very short life span.

This article will cover why Bernese Mountain Dogs have such a short life span and more.

Bernese Mountain Dogs generally live for 6-8 years. Various types of canine cancer are responsible for over 50% of deaths in Bernese Mountain Dogs. Additionally, giant breeds like Berners are also prone to many fatal health issues attributed to their size.

Bernese Mountain Dogs have a typical life expectancy of around 6-8 years of age. Some owners report their Berner to live longer than this, and that’s completely possible. But for the majority, 6-8 is the common life expectancy.

Interestingly, females tend to have a slightly longer life expectancy than males.

Despite the average life expectancy is considerably shorter compared to other breeds, It’s important to point out that some Berners do go on to live a long life.

Why Do Bernese Mountain Dogs Live So Short?

Let’s run through why BMD’s have such a short life expectancy compared to the majority of other breeds.

Bernese Mountain Dogs actually rank 3rd on the list of shortest-living dog breeds, behind the Great Dane and French Mastiff.

In the same study conducted by the Swiss Bernese Mountain Dog Club, they found that up to 58% of the total 381 deceased Berners passed away from Neoplasia, which is a form of a canine-cancerous tumor.

In most cases, canine cancer is caused by hereditary issues.

⭐ Giant size. Berners are one of the giants in the dog world, and although this brings breathtaking beauty, it is also one of the main contributors to a range of diseases and illnesses found in the breed.

Bone and mobility issues, including hip dysplasia and Cruciate ligament rupture as well as arthritis, are also common in large and giant breeds.

These issues can be debilitating and often worsen to the point where euthanasia is a tough but likely decision owners need to make.

Does It Matter That Bernese Mountain Dogs Are Mostly Purebred?

The vast majority of Bernese Mountain Dogs are purebred. And many claim that purebreds are more prone to developing health conditions than crossbred mutts.

Although many hold contrasting opinions on this topic, a lot of scientific evidence indeed points towards purebreds being prone to more health problems.

The evidence suggests purebreds are more prone to the following conditions which may lead to a shorter life expectancy:

While I have not managed to find a study directly related to Bernese Mountain Dogs, there is a lot of evidence supporting increased longevity with colder climates. For literally all living microorganisms.

So if you look at this evidence in totality, it does suggest that Bernese mountain dogs living in cooler climates may go on to live longer than those living in hotter climates. (my unprofessional opinion)

You also have to remember that Bernese Mountain Dogs were originally bred in Switzerland where the annual average temperature is just 42F (5C).

As you know, this is immensely different from average temperatures in places like Southern California, Florida, and Texas, all of which have a large population of Bernese Mountain Dogs.

One explanation that has not yet been proven is that cooler temperatures slightly slow down the metabolism and the damaging effects caused by the metabolism. But this is still up for debate as to whether or not it’s true.

The reason I included this section is that the popularity of Bernese Mountain Dogs is dramatically rising in hotter states and countries around the world.

So you may want to check out my article on how to keep your Bernese Mountain Dog cool in hot weather.

How To Calculate The Age Of Your Bernese Mountain Dog

Common knowledge is that a dog’s age is multiplied by seven. Suggesting that at 1 year old, a dog 7 years old in “dog years”.

However, the American Kennel Club has come out and stated otherwise, especially for large and giant breeds.

It’s not a simple multiplier by seven when it comes to large breeds. Check out the year chart below:

Can Anything Be Done To Increase Life Expectancy in Bernese Mountain Dogs?

Breeders specializing in Bernese Mountain Dogs are trying their best to reduce the number of Berners bred that have health problems or predisposing conditions.

This is about all that can be done to eventually create progressively healthier offspring.

Eventually, the entire breed population should be healthier and less prone to common hereditary conditions, although this could take hundreds of years.

Unfortunately, these big friendly giants don’t live as long as the vast majority of other breeds. But that doesn’t mean you can’t cherish the time you have with your Berner.

And last but not least, remember, it’s entirely possible that any particular Berner, may live well past 10 years of age. It’s happened many times before.

If you think anything needs to be added to this article, please contact me and I shall be happy to include relevant information. 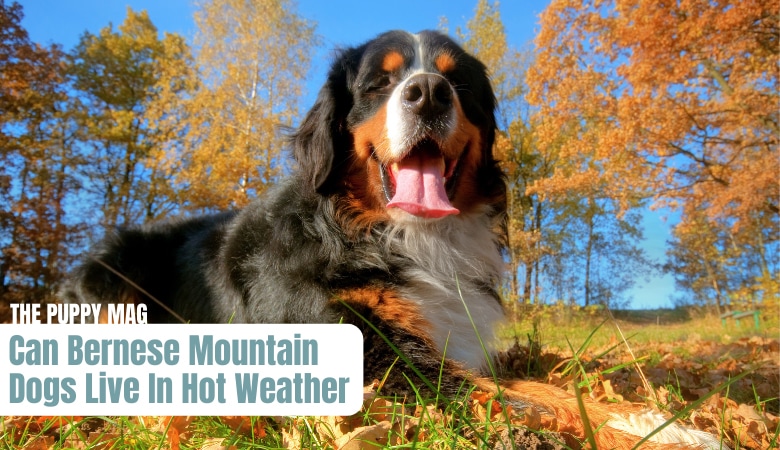 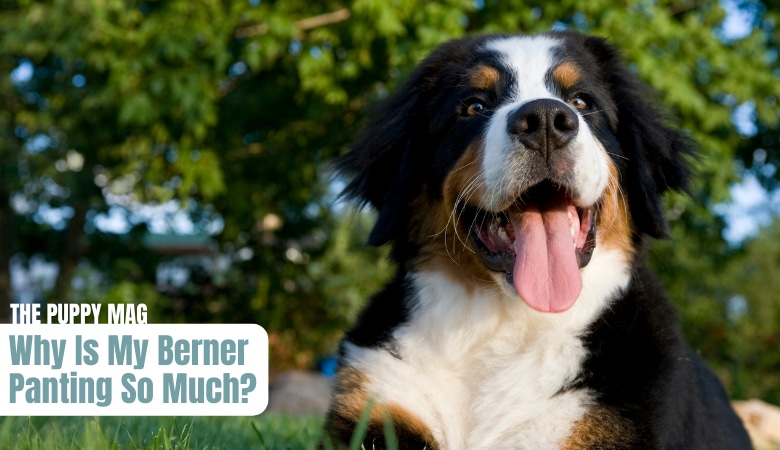