If you have decided to welcome a Vizsla into your family, you may be struggling with choosing a male or female. Though both male and female Vizslas have many traits in common, there are a few important differences to be aware of. So which one is right for you?

In this article, we will compare the details of male and female Vizslas, and help you make an educated decision on which one is right for your family!

Before we dive into the details of what really sets male and female Vizslas apart, let’s first list the physical qualities of each. Though most physical traits are very similar, there are slight differences when comparing them side by side.

Though both male and female Vizslas can be muscular and athletic, female Vizslas are often a bit slimmer. Males can become more “bulky” as they age, especially if they are neutered later in life.

When discussing the coat color and appearance, this will often vary from breeder to breeder. Sex does not impact a Vizsla’s outward appearance in terms of coat color and texture, so this is not a difference you will need to compare.

Whether male or female, Vizslas often sport various shades of rust-colored fur and typically have a short and smooth coat. Vizslas can be bred to have different coat colors and textures, but these pups don’t fall into the recognized breed characteristics.

While looks matter when choosing the perfect pup for you, personality is what ultimately shines through. To help you better determine which Vizsla to bring home, let’s discuss the differences in personality of male and female Vizslas.

It appears that whether you have a male or female Vizsla, they are both considered gentle and easy-going overall. Their standard temperament and the way in which they present themselves can vary based on how well they were socialized, but they are typically gentle and affectionate.

Some Vizsla owners state that female Vizslas may be a bit more uneasy around new people, but this can vary from case to case. If a male and female Vizsla receive the same socialization training, they are both wonderful pups to be around.

Though both male and female Vizslas are known to be affectionate, male Vizslas seem to rely on their owner’s love a bit more than females. Female Vizslas tend to be more independent than males, meaning they do not require as much constant attention.

Females may prefer to do their own thing some of the time, but they still love nothing more than cuddling with their favorite humans. No matter which sex you choose, you will have an affectionate furry friend.

Vizslas are an incredibly active breed, no matter which sex you choose. While female Vizslas are stated to be slightly less active in some cases, this is not a fact that you should hang your hat on. If you have a Vizsla in your home, be prepared to raise an energetic pup.

Just like with most other dog breeds, male Vizslas tend to be more territorial than female Vizslas. Males tend to have a stronger instinct to guard their family and their home and can be more aggressive if they feel that either of these is threatened.

However, it’s important to note that territorial behavior is not exclusive to males only. Female Vizslas can become extremely attached to their family, leading to an increase in protective behaviors.

The occurrence of any territorial aggression will be more prevalent the less the dog is socialized. No matter if you have a male or female Vizsla, you will need to introduce them to plenty of other people, dogs, and environments. Protective qualities are not bad, but they can get out of control if a Vizsla is not properly socialized as a puppy.

When hearing from both male and female Vizsla owners, it seems as if female Vizslas may be slightly easier to train. This may be due to the fact that they tend to be less dominant, making it easier for them to accept guidance.

It also seems like it is easier to keep the attention of a female Vizsla, potentially making it easier to teach them new commands. The breed is known to be extremely intelligent overall, and generally easy to train as a whole.

In terms of overall health, both males and females tend to live a long and healthy life of up to 12 years on average.

However, there are a few health conditions that are specific to a dog’s sex.  These conditions only occur when a male or female is not fixed, as they develop when reproductive hormones are present.

If you would like to avoid any of the above conditions in your male or female Vizsla, you can simply have them spayed or neutered when suggested by your veterinarian.

When comparing the price of male and female Vizslas, there does not seem to be much of a difference. It appears as if most Vizslas are anywhere from $800-$1,300 varying based on the breeder.

There may be an increase in price when purchasing specifically from a breeder that creates Vizslas for the purpose of breeding in the future. These females can be more expensive, as they may be more sought after in some cases.

Overall, it seems like you won’t experience any drastic price differences when determining which Vizsla is right for your home.

Should You Get A Male Or Female Vizsla?

Now that you have learned the varying details on male and female Vizslas, it’s time to determine which one is right for you. There is no set answer on which sex is better, and should depend on your specific preferences.

We usually suggest choosing the opposite of what you already have in your home, as some dogs tend to clash when around dogs of the same sex. However, if both animals are desexed, the likelihood of conflict decreases.

Choosing a male or female Vizsla is a personal choice, and you should always determine your plan based on what you feel is right. If you have another dog in your home that you are concerned about, you can always speak with your vet about their opinion on the matter.

Vizslas are a wonderful companion to have at your side no matter which sex you choose. Be sure to review the information we discussed above, and you can make the best decision for your family!

⭐ Thank you for reading!
⭐ Back to more Vizsla articles >>> 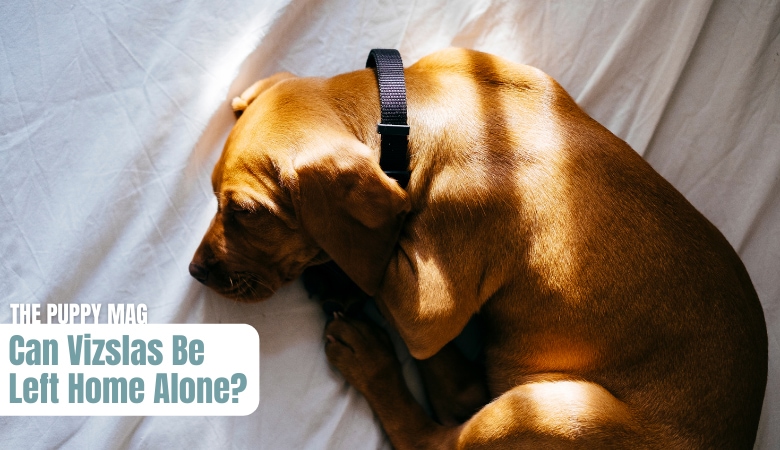 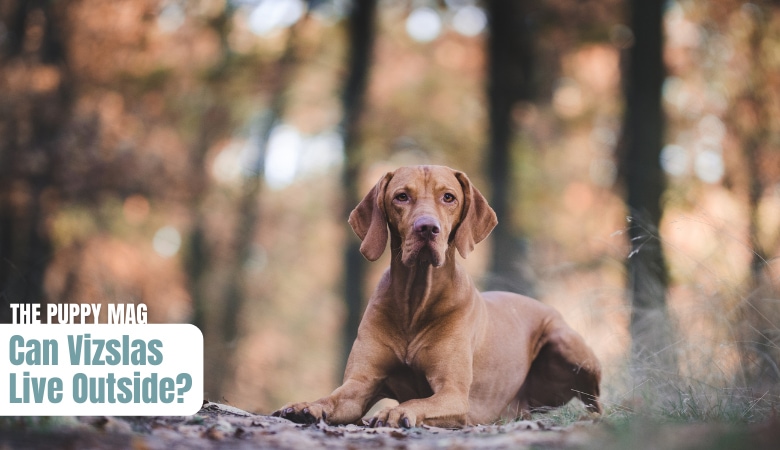 My name is Amber. I am a Licensed Vet Tech with 10 years of experience in veterinary medicine, specifically in emergency and critical care. After gaining my degree in veterinary technology along with my license, I began work in an emergency animal hospital. With how vast the online world is, I work hard to ensure that every reader walks away with accurate and helpful pet advice.