One of the most popular questions I receive about huskies is in regards to their ears. Specifically, when will they stand up?

Understandably, husky owners anticipate the moment when their little pup will boast the classic standing triangle-shaped ears that husky’s are so well-known for.

Husky ears typically stand up from about 6 weeks onwards. Sometimes it can be earlier or even much later, and this is completely normal. All the while teething is happening ear placement can change almost daily.

In this article, I’ll explain everything about husky ears in full detail, covering everything an owner wants to know!

When Will My Husky’s Ears Stand Up?

As mentioned above, husky ears will likely stand from 6 weeks onwards, which is before the breeder will let the puppy go. Just keep in mind that ear placement can be quite erratic for many months

There is not a set-in-stone moment that all husky ears suddenly perk up. All pups are different.

If your pup’s ears aren’t standing erect by 6 weeks, don’t worry! This is still perfectly normal.

In most cases, however, by the time you collect your puppy from the breeder at 8 weeks old, most ears will show signs of life.

What’s also common is to witness one ear standing and the other floppy, then over the next few days, they switch over! This is completely normal too.

Do All Husky Puppies Have Floppy Ears?

In the very early stages, the ears are essentially soft floppy pieces of silk, and the tiny bones and cartilage will not be developed enough to hold them upright.

So yes, husky puppies start their life with floppy ears that fold over the front and side (a little).

Why Do Husky Ears Stand Up Then Go Floppy Again

As I mentioned above, it’s very common to witness your husky puppy’s ears stand up, only to flop down again. So why does this happen?

This stress and pressure can cause the ears to sometimes stand up, only to flop down again. In a way, this makes perfect sense, because teething also comes in waves of development. One week there will be a burst of teething activity, and the next very little.

This is why veterinarians will tell you not to worry about ear placement until teething has stopped.

Even though most huskies will have upright ears by around 10 weeks old, it doesn’t stop them from dancing up and down for several months until teething stops.

Important topic: Why isn’t my husky eating? (and what to do)

Let’s run through some essential tips that will ensure your husky’s ears grow properly and remain healthy.

I think I heard a few gasps! Despite how silky smooth and irresistable your husky’s ears may be, touching them is something we shouldn’t do.

Sure, touching them briefly isn’t going to cause any harm, but continuous fondling could weaken their cartilage and bones.

Leaving their ears undisrupted will ensure they can grow to their full potential. This is more of a preventative measure, than an enhancing one.

Chewing is something we want to encourage… But at the same time it can be a huge problem.

The goal with chewing isn’t to stop it, it’s to redirect it to things they are allowed to chew. The truth is that chewing will help speed up the teething process, provide valuable stimulation for puppies, and will help their ears stand up.

Sufficient chewing will strengthen the jaw and neck muscles, which as I mentioned before, are directly linked to the ears. Strengthen these muscles and the ears will benefit.

Ensure your puppy is consuming a high quality diet tailored for puppies. The diet should be high in protein and fat with little carbs.

In addition to the correct macronutrients, the micronutrients are also important. Your pup should be receiving a wide range of vitamins and minerals from their diet, all of which will contribute to all-around growth.

Puppies go through a rigorous growth spurt between 3-8 months old, and their body should not be short on nutrients at any moment. Everything from standing ears to a beautiful coat, all depends on their diet.

Puppies are bundles of energy when they are awake, but they are also sleeping machines!

Husky puppies can sleep between 16-20 hours per day, and that’s perfectly normal.

In fact, whenever our puppy is napping, resting, sleeping, we should not interrupt it for any reason at all.

This might be an easy thing for us adults to understand, but if you have young children, it’s crucial to explain to them that puppies need ALL the rest they can get.

Speak to your veterinarian first, but Glucosamine could help support healthy ear growth.

Glucosamine is a joint supplement that’s made for humans, but it can actually be given to dogs too for joint health. Glucosamine also helps strengthen cartilage.

While it’s commonly given to senior dogs to prevent joint issues, it may also be given to puppies, especially for breeds that suffer from things like hip and elbow dysplasia (which huskies do).

However, I cannot tell you to start giving your puppy Glucosamine, so it’s important to speak to your veterinarian first about this.

What If My Husky’s Ears Are Not Standing Yet?

If your husky’s ears are still floppy after a few months, then you could schedule an appointment with your veterinarian.

The thing is, most vets will tell you that while teething is happening, there isn’t much they can do or suggest.

Your husky puppy may be destined to have the classic erect ears, but they may just be under extra stress from teething.

Keep in mind that some huskies do go on to have floppy ears for the rest of their life, albeit rare.

Knowing the details of your husky’s parents can help you gauge this, if both have strong standing erect ears then it’s likely your husky will too, eventually.

Can You Tape Husky Ears?

This brings me to the next point, if your husky seems to have floppy ears and you’re getting worried, can you tape them upright?

Taping ears is more common among other breeds, but many husky owners consider it too in order to “ensure” their pups ears grow upright.

However, this is not recommended for one very important reason: The ears are easily taped in the wrong position!

Due to the fact the ears are so fragile, it’s almost impossible for us to tape them upright in their would-be correct position. And if we tape them out of exact alignment, it could cause long term or permanent ear damage, depending on how they grow.

It’s just not worth the risk. And in most cases, veterinarians will not help or endorse taping your pups ears.

Ultimately, most floppy ears will fix themselves, but if your husky does go on to have floppy ears… Does it really matter? (that is subjective of course), but you can rest assured, floppy ears do not worsen hearing in any way, and they do look rather cute.

When do husky ears stand up?

Most husky ears will stand up from 6 weeks onwards. For some puppies, it may be sooner or even much later. Teething can impact ear position for several months.

Why are my husky’s ears still floppy?

If your husky puppy has not yet finished teething, that is the most likely reason they are still floppy. If your husky is an adult with floppy ears, they could be damaged, or like this naturally.

Do all husky puppies have floppy ears?

All newborn husky puppies have floppy ears. Some husky puppies get standing ears as early as 4 weeks, and others may take several months in extreme cases

Can I make my huskies ears stand up?

Other than taping, which is not recommended, there isn’t anything we can do to “make” the ears stand up. In most cases, husky puppy ears will stand up eventually on their own when teething finishes.

Ensure your husky has plenty of chew toys, a high-quality diet, plenty of undisturbed rest, and do not fondle with their ears. Following these simple habits should result in healthy perky ears.

Thank you for reading! Back to more husky articles 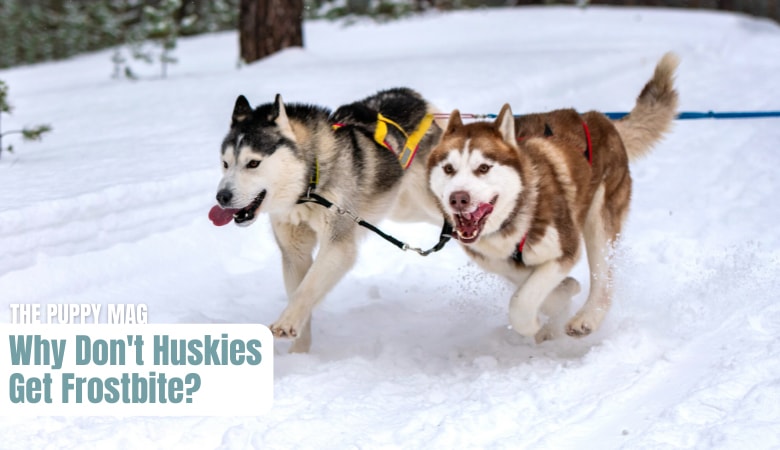 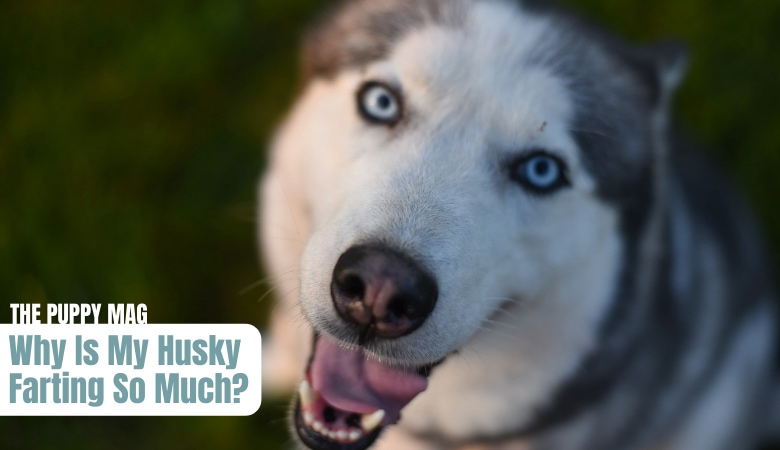