Clingy behavior is often seen in German shepherds, leaving most owners either frustrated or flattered!

This article covers the five main reasons why German shepherds become clingy, and explains what owners should do about it.

The three main reasons behind clingy behavior in German shepherds are due to their loyalty, protective nature, and proneness to separation anxiety.

Is It Normal For German Shepherd To Be Clingy?

While not all German shepherds grow to be clingy, it’s often discussed in GSD forums and meet-up groups wherever you go.

So yes, it can be considered normal for German shepherds to become clingy, needy, or overly attached.

Let’s run through the main reasons behind this behavior.

Why Are German Shepherds Clingy?

To know which one applies to your German shepherd, it’s necessary to consider everything from their environment, lifestyle, routine, activeness, and daily habits.

German shepherds are incredibly loyal to their owners. This may as well be a behavioral trait that’s ingrained into the breed.

It doesn’t take long for GSDs to recognize who their owners are, and stick by their side no matter what. Sometimes, there may not be a real issue to worry about.

Your GSD is simply displaying their loyalty and devotion to their leader.

Similarly to being loyal, German shepherds are naturally protective over their owners. Although we know it’s unnecessary to act protective at all times, many GSDs think otherwise!

It’s common for German shepherds to be glued by their owner’s side when they’re being overly protective.

Some owners may actually like this, but if you don’t, there are a few things you can do. We’ll explain this further below.

German shepherds are also prone to separation anxiety. This kind of anxiety is a serious condition that can be very hard to tackle once fully developed.

Many things can trigger separation anxiety in German shepherds, some of the causes include:

Consider your GSDs routine… Are they left alone for many hours each day? This could potentially be what’s causing the start of clingy behavior.

For GSDs, there’s nothing more important than spending quality time with their leader. When this lacks, many issues ensue.

German shepherds are active, energetic, and highly intelligent, so they must receive plenty of stimulation each day both physically and mentally.

Without sufficient exercise, training, and other mental stimulation, German shepherds quickly get bored, frustrated, and anxious.

This is a very common cause of clingy, needy behavior. It’s their way of saying, “Hey! I’m bored; entertain me. I need to do something!”

Yep! It’s very easy to encourage needy behavior, even if you don’t like it.

In moments of needy behavior, how you react to it can either encourage or discourage the behavior.

If needy behavior is met with any form of praise, positive attention, treats, or bribery, then it’s going to refinroce to your GSD that being needy is a good thing.

5 Ways To Stop Your German Shepherd Being So Clingy

So let’s cover how owners can stop their GSD from being so needy and overly attached.

Depending on the cause and your situation it may take only one, or a combination of the tips below.

If your GSD isn’t receiving at least 90 minutes of moderate to intensive exercise per day, then this is the first place to begin.

Not only is sufficient exercise going to improve their health and general behavior, but it may also reduce clingy behavior quicker than expected.

Exercise is a fundamental part of any GSDs daily routine. Sometimes, us owners forget just how crucial their walks are.

Try to take your GSD out for two walks per day: one 45 minute walk first thing in the morning and another in the evening. This is the ultimate exercise split for any adult GSD.

Increasing mental stimulation can be a remedy to so many behavioral issues.

Highly intelligent dogs like German shepherds need their minds put to work to be happy, content, and calm.

If we truly satisfy a GSDs mind, then there won’t be a need for them to be clingy. A sufficient routine will result in a GSD choosing to rest anytime they aren’t actively doing something.

This is undoubtedly an area that most owners should focus on as it’s something many of us neglect or forget about!

If a German shepherd is already displaying clingy behavior then it’s crucial to start managing how we react to it.

The next time you catch your GSD laying quietly or minding their own business, give them an abundance of praise and perhaps a treat…

And do the opposite when they act clingy!

This will slowly over time form a pattern that your GSD will pick up on. They never get rewarded for clinginess.

This can be a tricky one, especially if you have long work hours.

However, reducing the time your GSD spends alone is important for their behavior and overall happiness.

This may only be an issue if your GSD spends more than 4 or 5 hours alone at a time. For most, this is already too much (but all have their own tolerances).

Whether it be adjusting work schedules, visiting home for lunch instead of staying at the office, or even hiring a dog walker/sitter… anything that can be done to reduce the amount of time your GSD spends alone will do wonders for their contentedness and behavior.

The earlier you can exercise and train your GSD in the day, the better their behavioral will be for the rest of it.

By expending some of their pent up energy and working their minds early on, you’re setting them up for a calmer, less frustrated day ahead.

Your German shepherd will be less frustrated and calmer if their needs are seen to early on in the day.

This will undoubtedly lead to less clinginess going forward.

Could It Be Separation Anxiety?

It’s crucial to take a moment to consider whether separation anxiety is causing the clingy behavior.

Separation anxiety in dogs is when they are unable to spend any amount of time separated from someone (typically their closest owner).

The conditions varies in it’s severetiy, but in most cases, a dog suffering from SA will not tolerate more than a minute or two without being with their chosen person.

If your German shepherd gets extremely anxious as you’re about to leave the house or room then it could indicate separation anxiety to be the issue.

Whining, destructive behavior, urination, aggression, disobedience and fearfulness can all be the result of a dog suffering from separation anxiety. So keep an eye on how your GSD acting throughout the day.

Unfortunately, developed separation anxiety is a very serious, and hard condition to overcome once it’s developed.

In our opinion its worth consulting with a dog behavior specialist if you suspect your German shepherd has separation anxiety.

German shepherds are certainly prone to clingy behavior at somepoint throughout their lives. From an insufficient routine, lack of stimulation, or accidental reinforcement, GSDs can easily get overly attached.

Can you let clingy behavior slide?

While this may not be a problem for all owners, it’s still worth correcting this behavior before it potentially turns into separation anxiety, which is a much harder and more serious issue to deal with. 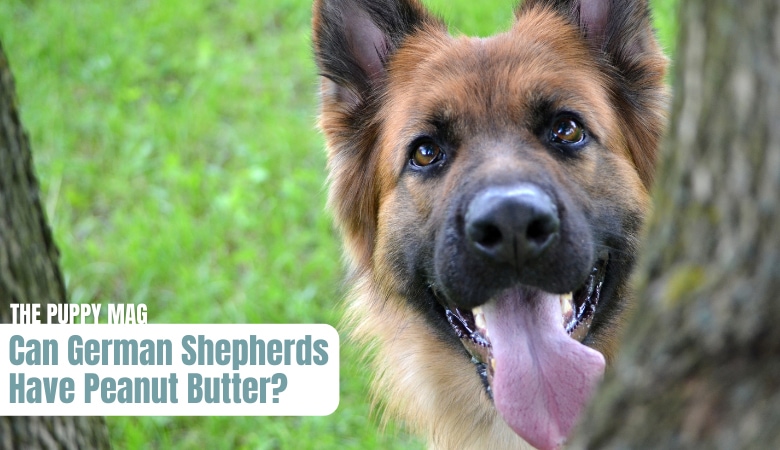 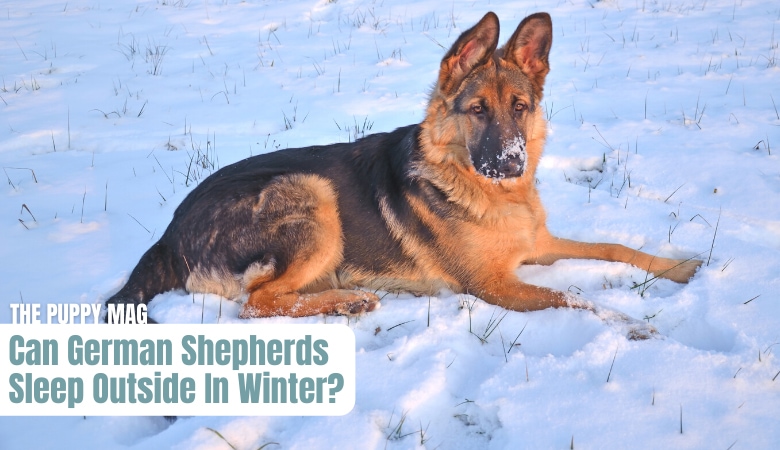