An owner will notice if their dog’s ears are not symmetrical. If one ear stands up while the other flops down, this is something that is difficult to ignore.

What causes this and what we need to do, will vary from dog to dog. For some, it is something that is associated with a medical issue. For others, it is ‘normal’ for them and is more of a cosmetic problem.

One Ear Standing Up: Puppies

All puppies have ears that hang down. This is true regardless of their breed. Over time, once teething settles, the ears of some breeds will stand erect.

As the jaw and neck muscles are directly connected to the ears, teething and chewing habits place a lot of extra stress on the ears… If you have a breed that usually has erect ears, then expect some erratic ear movements for the first several months. This is completely normal.

This can be seen in the following breeds:

Some dogs have “artificially” erect ears, as their owners have had their ears cropped so that they stand up. This is done so the dog looks fits in with other dogs of the same breed.

This practice is falling out of favor and is illegal in some countries such as the UK.

Dogs who may have their ears cropped include:

7 Reasons Why One Ear Stands Up On Your Dog

When one ear is up and the other is down, there is generally an issue. Once we determine why this is happening, we will know what the next step is. Reasons why your dog’s ears are not symmetrical include:

This can be normal as a dog is maturing. The ears do not generally stand erect at the exact same time, so there can be a short period when one ear is up while the other is flat or semi-erect.

These puppies can have an endearing and goofy look that is hard to miss.

Many owners will worry about this but the issue should resolve in a short amount of time when the “lazy” ear catches up.

Again, this is likely linked to general growth and teething (for those with younger pups).

Many vets are now refusing to crop dogs ears, seeing the procedure as an unnecessary mutilation of the dog.

Sadly, some breeders and owners are taking it into their own hands to perform this surgical procedure.

When performed by someone who is inexperienced, there is a much higher risk of complications.

Puppies are more likely to experience infections, excessive scarring and to develop ears that don’t fully stand erect when their cropping is not carried out by a professional. The best way to avoid this issue? Stop the practice of ear cropping: it is not necessary!

While a short-lasting ear infection will generally not cause any long-term issues, a chronic infection can lead to permanent damage to the ear.

In a dog who naturally has erect ears, the ear may flop down. For many, the issue will resolve once the infection is properly treated. However, it is possible that the defect will be permanent.

Signs of an ear infection include redness and wax within the canal, a bad smell from the ear and a dog who is shaking their head and/or scratching at their ear repeatedly.

Infections should be treated promptly. The ear will respond best to medication the earlier the medicine is applied.

Ideally, a vet will swab any discharge in the ear so we can detect any mites, bacteria or fungi. This way, the most appropriate medication can be prescribed.

When a blood vessel bursts within the cartilage of the ear and has nowhere to escape to, the ear can “blow up” like a balloon. The swelling is soft, squishy, and hot to the touch. When this happens in a dog who normally has erect ears, the ear may flop over due to the weight of the blood.

Hematomas are treated by draining them with a needle. The vet may also inject some local steroids, to prevent the blood from re-pooling. If the issue recurs, it is sometimes necessary to perform a minor surgical procedure, whereby the ear is tacked together, so blood can no longer pool.

Aural haematomas usually occur when a dog is shaking their ear too much due to an underlying issue such as an ear infection, ear mites or a foreign body within the ear. So, be sure to have your vet search for a cause for the haematoma; otherwise, it may rapidly reoccur.

Cartilage needs to be thick and strong for it to support the heavy ears in a standing position. If the cartilage has been damaged from previous trauma or infections, it may never be able to hold the ear in the correct position.

Dogs who have had longstanding or severe aural hematomas may develop ‘cauliflower ear’ whereby the cartilage fails to support the ear and it folds in on itself. This is similar to injuries sustained by human boxers who have repetitive trauma to the ear.

Any significant injury to the ear can damage it, potentially causing a previously erect ear to fold over. This can include dog fights or car accidents. While minor injuries may resolve spontaneously, more severe injuries may mean that the ear never stands up as it should again.

This is generally a cosmetic issue and not one that would require intervention or surgery.

Sometimes, a puppy’s genetics dictate that one or both ears will never stand up as they ought to. This may be a defect passed on from either parent. Similarly, a pup may damage their ear in utero (when developing within the womb) or shortly after birth, meaning the ear does not develop as it should.

For these pups, the affected ear will never stand erect. Other than looking abnormal, the dog should not suffer any ill effects. This sort of problem only poses an issue in the show ring and is not a health problem.

Should You Worry About Asymmetrical Ears?

Sometimes, asymmetrical ears can signify an ear problem. This is the case when a dog has a chronic infection, aural hematoma, or ear mites.

Affected dogs will usually have other symptoms such as head shaking, ear scratching, whining, or a reduced appetite.

In all cases, these dogs should be examined by a vet. The vet will look within the ear canal with an otoscope and should swab any discharge, to check for excessive bacteria, yeast, or ear mites.

If your dog has always had one ear that stands up and another that folds down, it is probably just how they were destined to be. It is worth discussing it with the breeder and also mentioning it to your dog’s vet, to get their opinion.

Will My Dog’s Ear Stand Up Eventually?

In the case of young puppies who are not yet fully mature, they may just need more time. It can take until they are 6 or 7 months of age for their ears to stand fully erect.

Before this time, it is best not to worry and to give them time. There is no need to interfere with the ears, bandage them, or apply any tape or straps.

When it comes to dogs with chronic ear issues, whose ears are damaged, the ear may never stand fully erect again. However, this rarely causes issues and is more of a cosmetic problem that affects the owner more than the dog.

If your dog has one ear floppy and the other erect, there are many possible things that could be going on. In young dogs, it may simply be a case of waiting a little longer for the other ear to follow suit. In older dogs, a medical issue is likely and a vet should be consulted right away. 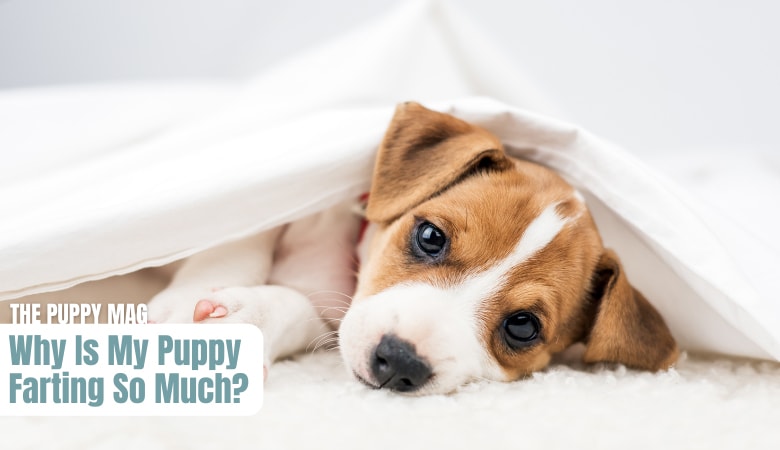 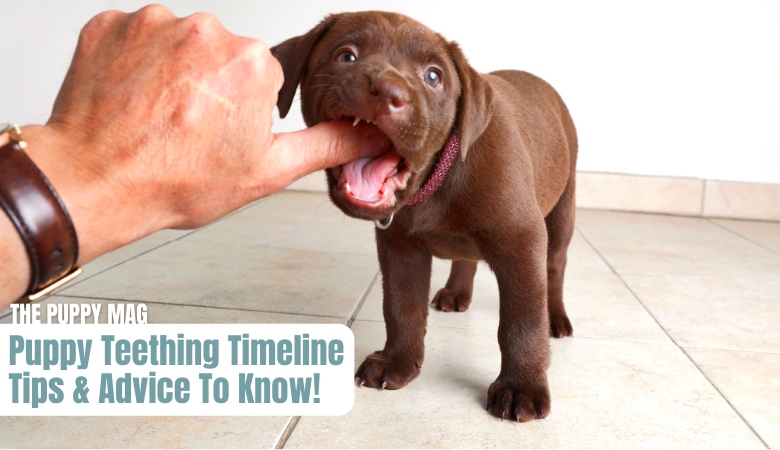 Dr. Linda Simon MVB MRCVS is a locum veterinary surgeon who has worked in London for the past 8 years. She graduated top of her class in small animal medicine from UCD, Dublin. She is currently a member of the Royal College of Veterinary Surgeons. Linda works in a clinic, as well as writing for the CVS veterinary group, while also maintaining her position as the resident vet for Woman magazine.